Sam – more than worth the effort! 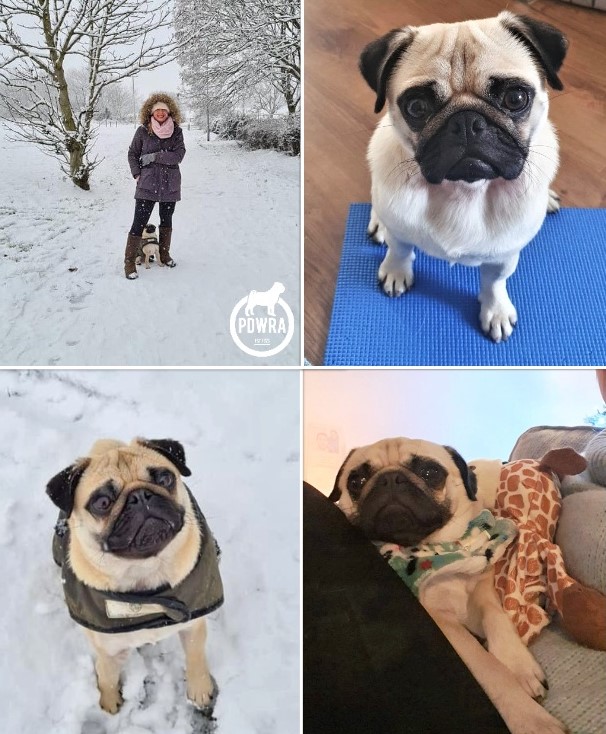 Sam was surrendered due to behavioural problems that his previous family were unable to work through. Our Area Coordinator received a phone call from the behaviourist who was working with Sam to say that he advised putting to sleep, as there was nothing that could be done to stop his obsessive behaviour! Our Coordinator ensured this did not happen and Sam was surrendered later that day. He has since been adopted and the determination and commitment from his new adopter is exactly what he needed!
“When we adopted Sam, he was very naughty, very reactive of everything, he span around anxiously and barked and lunged at everything. He barked throughout the night for attention. There were times where I almost thought what have I done? and had a couple of good crying moments but that made me determined to get his behaviour under control.
He has been taught so many tricks as he is a very quick learner, such as middle, down, sit, spin, twist etc. He has made a couple of doggy friends who he loves and he has a better social life than I do.
We have completed a number of training challenges and will be starting a bootcamp next. Sam loves coming to work with me and my team, it’s a 2nd home for him.
Due to COVID and so many lockdowns it has been tough with a new dog but we have overcome so many bad behaviours that he is a different, calmer dog. He still has his moments when he isn’t, so I have to be a very strict Mummy.
Sam loves his walks and woodlands are his favourite. He has had his first time at the beach and enjoyed the recent snow. He loved it all. ❄️☃️ He still gets mistaken for a puppy as he is a very lean, active pug. At the end of a long day, he likes nothing more than snuggling up with Lily, one of the cats, on Mummy’s lap. We are so proud of him and our journey still continues with his teaching to be a better well-mannered boy!”
PDWRA couldn’t be more grateful to Sam’s Mum for giving him the life he deserves, to such a gorgeous boy!️ 💙🐾