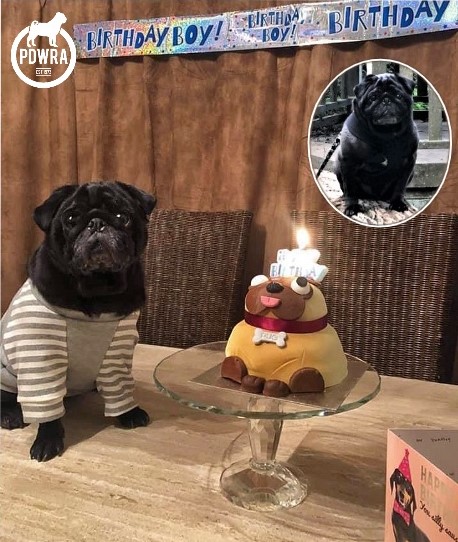 We last saw him at Christmas after his devoted PDWRA Mum Kerry, had worked so hard to help him reduce his weight from over 14kg. 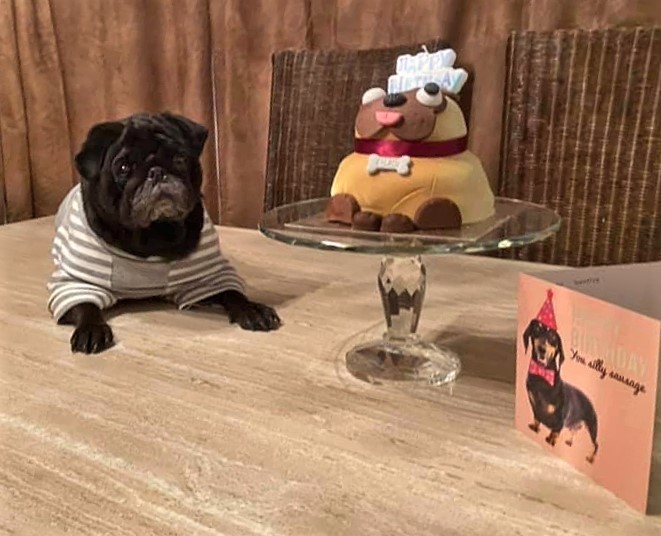 He is now 10kg and gets a Birthday cake every year to celebrate his progress and healthier life.
Many Happy Returns Mr Bentley! 🎂💖🐾🦴

Mr Bentley was collected by PDWRA some years ago; a very large pug in size, who put on significant weight after he was adopted.  Although his new Mum tried extremely hard with vet support and expensive prescribed food to find the right diet and activity level to suit him, this wasn’t easy, as Mr Bentley occasionally also had fits.

It was upsetting for Mr Bentley’s Mum that people assumed she just fed him too much.  Only by chance and exasperation, by sharing the less specialised canned food Mr Bentley’s Rottweiler brother and sister ate, with a small handful of their dry, wheat and gluten free biscuits, did his weight start to fall off.  He has the occasional treat and pig’s ear to suck on as some teeth are missing now, and even without swimming and the longer walks which used to impact his breathing, he has enough energy to run round the house with the Rotties.

Mr Bentley’s 14.7kg is now 11kg and he’s in good shape for his frame.  He will never be 8kg as smaller pugs can be targeted to be.

Mr Bentley is now nearly 10 years young.  He has more life in him than ever before, and we wish him many more birthdays and cake sampling to come! 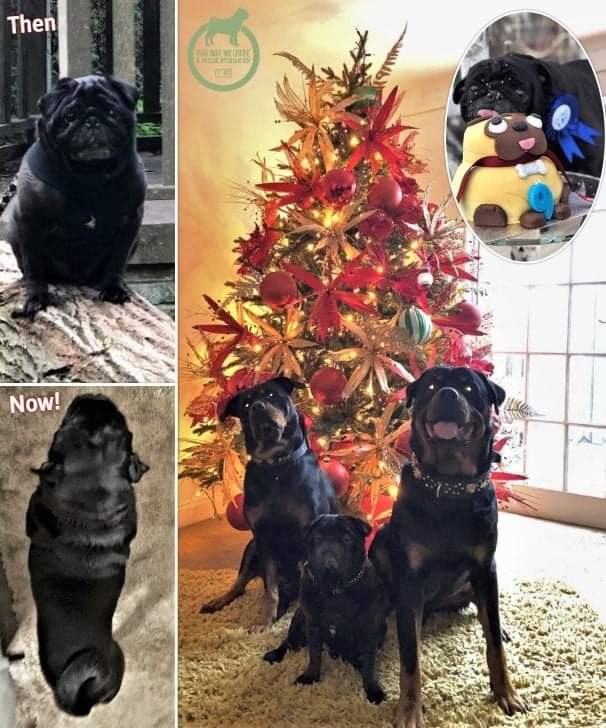