This is Theo.  This is his story. 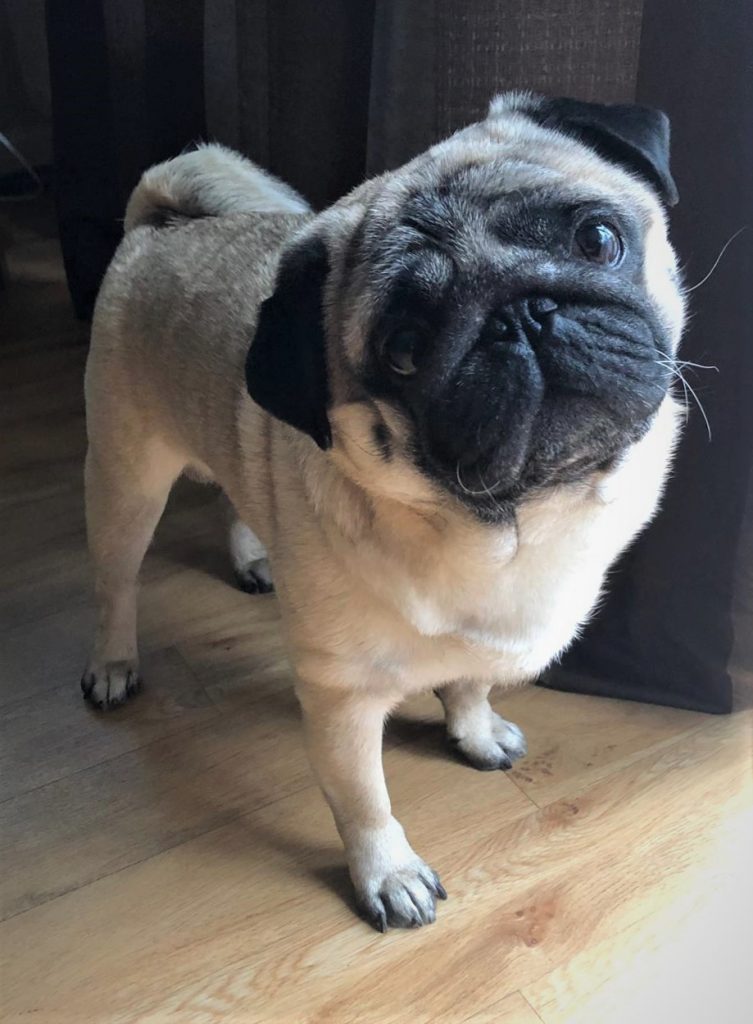 Theo’s adopter was called by us while on holiday, with a view to fostering him; she collected him the next day on her return. She has an extremely large grumble (9) and wondered how he’d be received, and, in turn, how he’d react.

There was nothing to worry about; Theo’s the most loveable and content chap as long as he’s fed, walked and fussed over.  Investigative tests found he had a malformation in the spinal area which may/may not deteriorate over time.  The only indication is in his gait, but he’s on medication and in no discomfort. He does everything the others do, and with enthusiasm.  Theo had so many owners before and settled so easily that his foster mum couldn’t let him go!

Here’s an update on Theo, in his adopter’s own words:

“Theo, my adoptee from PDWRA, continues to thrive, and is pictured here enjoying the snowdrops, but even more, enjoying the trip to the tea tent where he managed to demolish the best part of my cream tea. 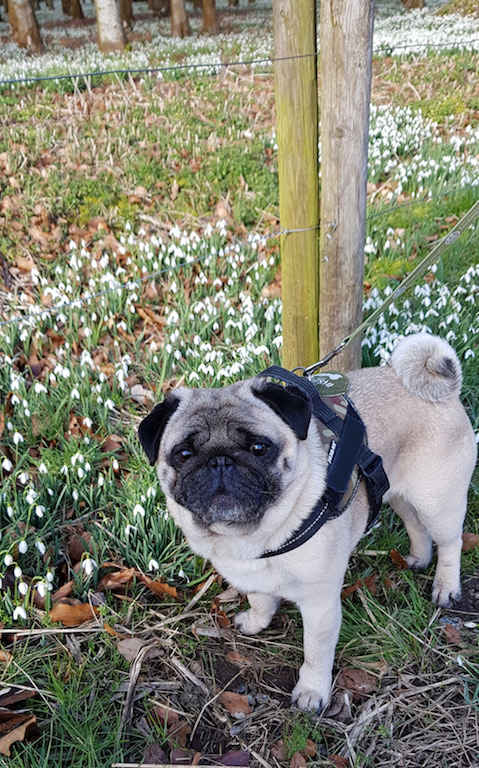 He’s come a long way since he first arrived, described by his previous owner as having “wobbly legs”.  This was soon sorted out by PDWRA and, with medication, he lives life to the full.  Walks play a large part in his agenda, and I’m so thankful that he can now run with the best of them.  He’s always out in front, busy exploring and making new friends – a joy to have around.”