Reuben and Ralphie, 5 year old litter brothers, came into rescue in December 2015.  After almost 3 extremely happy years with their adopters Vivien and Becki, Reuben’s health issues became too severe, and he died in October 2018.

Ralphie misses his brother, but is settling down in his role as an only pug. 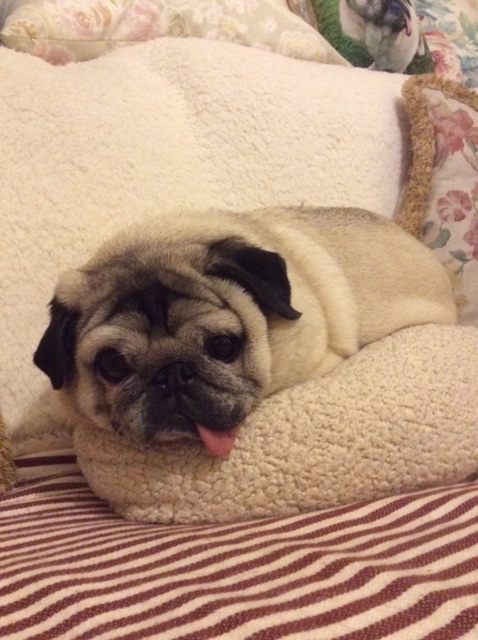 Just before Christmas, Vivien sent us this heartwarming update:

“We all miss the beautiful Reuben.  A friend bought us a very unusual present; she has had a star in the Orion constellation named after him, so we have a certificate and a map of the constellation showing where he is. We were very touched by that.”

We think this is the first time a star has been named in honour of a PDWRA pug.  Reuben is the pug on the left in this earlier photo of the boys. 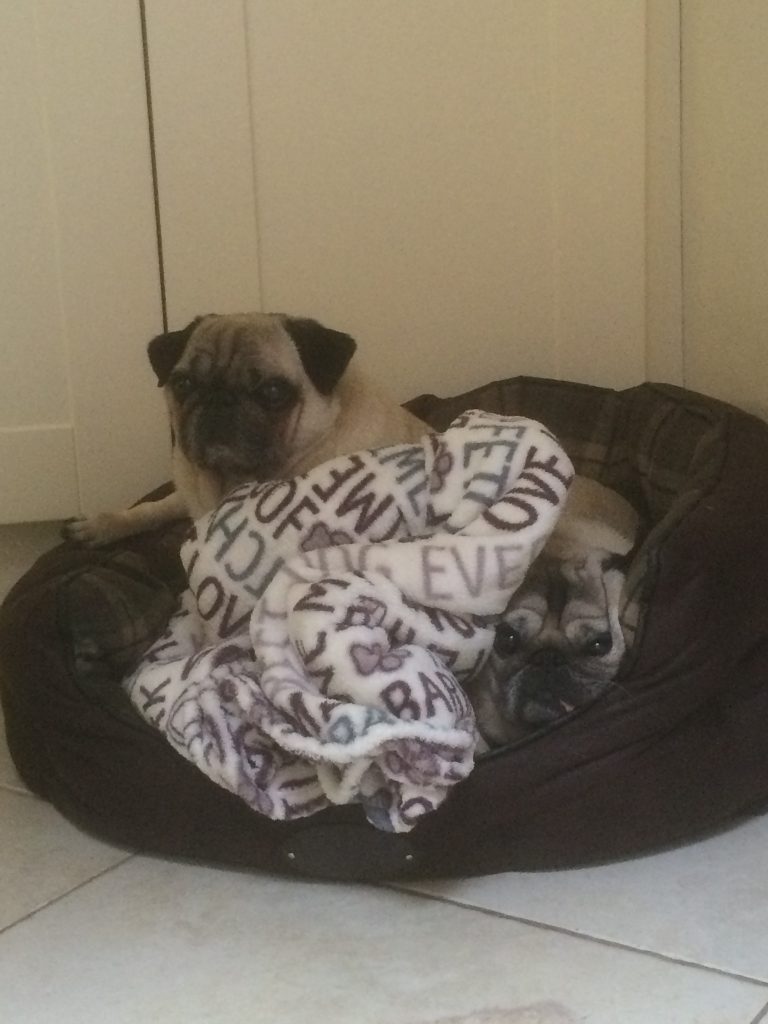